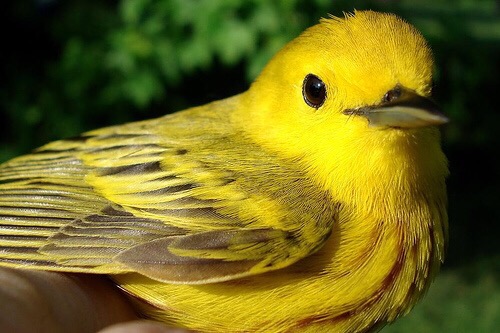 END_OF_DOCUMENT_TOKEN_TO_BE_REPLACED

I was surprised this week with a copy of the new “The Crossley ID Guide: Eastern Birds” sitting at my door step. I remember when Sibley came out with his new guide and everyone thought “it’s too big and it could never replace the Peterson’s guide”!! Instantly we find ourselves buying not one but multiple copies (one for the house, car, office, banding bag . . . etc.). Could the same thing happen with this guide?? My first impression of the Crossley ID Guide is WOW and I know for sure it will be used in my library but I have doubt it will replace Sibley or any of my iPhone apps. It is a “BIG” guide and probably why they are not calling it a Field Guide!! To the right birder, it is possible The Crossley ID Guide will be grabbed for help before the more traditional “painted” guides but it is defiantly a picture reference guide more than our traditional “Field Guides”.

END_OF_DOCUMENT_TOKEN_TO_BE_REPLACED

Dead Birds Falling From the Sky

I have been looking for more info on the birds that seem to be falling from the sky. If you have not heard about it yet . . . New Year’s Eve a few thousand birds were found dead in central Arkansas. It has been believed that around 4-5 thousand Red-winged Blackbirds had fallen from the sky and died from some kind of trauma. First reports seemed to state it was caused by hail or fireworks. Now another 500 birds have also been found dead along roads in the state of Louisiana only 300 miles south of the Arkansas area. Scientists are now stumped as to what the cause of these birds’ deaths and not even sure if these two instances are related or not. END_OF_DOCUMENT_TOKEN_TO_BE_REPLACED

Banded Junco in the Administration Building

You never know when something unexpected will happen. I got a phone call this morning saying “A bird is in the building”!! Down the steps I go . . . . . hmm it’s Junco!! Took about 10 minutes and we got the bird in the corner!! I realized holding it that it had a band on its leg . . . . 2400 series!! I think to myself “I did have bands in that series”. Sure enough it was a bird that I banded back on 11th of December 2005. I never would have expected five years and five days later this bird would end up in my hand again. Guess that is why bird banders band birds . . . . get recaptures that tell us that this girl loves the winter in Allegany State Park!
END_OF_DOCUMENT_TOKEN_TO_BE_REPLACED

Exciting News: The Nature Conservancy has recently published an article on Critical Linkages: Resolving the Conflict Between Roads and Wildlife. With permission TNC used video footage of the Spotted Salamanders that I have filmed here in Allegany State Park. They also used the above photo in the cover of the Massachusetts Nature Conservancy Newsletter.
END_OF_DOCUMENT_TOKEN_TO_BE_REPLACED

Allegany State Park has had some outstanding temperatures recently and I have been anticipating this night for the past few weeks! The migration of the Spotted Salamander starts each spring when these yellow spotted creatures emerge from the ground and slowly work their way towards their breeding pools.
END_OF_DOCUMENT_TOKEN_TO_BE_REPLACED

This month Houghton Mifflin revised the Peterson Field Guide to the Birds of Western North America (4th edition) after not being updated in nearly 20 years. The Peterson Field Guide to the Birds of Eastern and Central North America (6th edition) was also revised and was released on March 14th 2010. Both books include the many name changes and taxonomic splits and lumps, along with its typical Peterson style maps and arrows. These revisions include updated text and 40 new paintings for two series of books. New to these revisions include over 3 hours of downloadable Video Podcasts from many different categories.
END_OF_DOCUMENT_TOKEN_TO_BE_REPLACED

Symphony of Science – The Poetry of Reality
END_OF_DOCUMENT_TOKEN_TO_BE_REPLACED

Rounding Up the Geese on the Lake

I had an opportunity to assist with some banding of Canada Goose this summer. I was amazed at the number of people required in banding these guys. People were first used to help direct them to the pen and then the masses of people would then help in quickly band the birds . . . then they would be released. For sure an experience that I will remember for the rest of my life!
END_OF_DOCUMENT_TOKEN_TO_BE_REPLACED

On Father’s Day 2008 my wife and I treated ourselves to a trip to Machias Seal Island in Maine (or Canada, as the boundary between Canada and the U.S. is still in dispute even at this late date). Cap’t Andy ferried about 17 of us to the island from Cutler, Maine, a fishing village about 10-miles away. As you can tell we were very fortunate that the ocean was almost as smooth as glass, That’s not always the case in the North Atlantic. Sometimes one is not able to land on the island because of rough seas.
END_OF_DOCUMENT_TOKEN_TO_BE_REPLACED

On Friday the 12th of June 2009 we opened the 2nd session of the SWAT MAPS banding station! We captured 14 different species and banded 17 newly banded birds with 16 recaptures (total of 33 individuals). The weather was very cooperative and we had a great steady number of birds being captured in the nets.
END_OF_DOCUMENT_TOKEN_TO_BE_REPLACED

For the past 6 years I have had the opportunity to participate in Allegany State Park’s Great Outdoors Day with the Recreation Department. This year due to the scheduling conflicts . . . . I was only able to banding during the Friday Class Sessions. But I still had the opportunity to interact with over 200 children from numerous school districts.
END_OF_DOCUMENT_TOKEN_TO_BE_REPLACED

Wednesday night was about the Salamanders with the blue-black body and distinct overlaid rows of yellow spots along its sides, back and tail. Its scientific name is Ambystoma maculatum and since “maculatum” means spotted . . . . . we call these guys the “Spotted Salamander”. But predicting the movement from their wintering holes to their breeding pools can be sometimes is a little tricky.

END_OF_DOCUMENT_TOKEN_TO_BE_REPLACED

Snapping Turtle walking on the Ice

Yes that is a Snapping Turtle on the Ice

You always need to be ready to expect the unexpected and last Friday was one of those days. I have seen Amphibians climbing over the ice and snow to get to their vernal pools (which should be happening soon) . . . . but I never thought about Reptiles enjoying winter sports!!! Friday I found this Snapping Turtle ice skating across Red House Lake in Allegany State Park and so I asked this turtle, “Dude . . . . what are you thinking?”
END_OF_DOCUMENT_TOKEN_TO_BE_REPLACED

Turkey of a day!

Today I had the opportunity to assist the NYS Department of Environmental Conservation (DEC) band a dozen Wild Turkeys here in Allegany State Park. This is the final year of their project looking at the harvest and survival rates of the male Turkey in New York State.

That’s me and the Turkey

END_OF_DOCUMENT_TOKEN_TO_BE_REPLACED

This year the Allegany State Park (Northern Saw-whet Owl) banding station was open for 15 nights and captured 26 different individuals (not including 1 Barred Owl). We didn’t capture as many owls per day like we did last season but the number of days we could open the station was reduced due to weather conditions. END_OF_DOCUMENT_TOKEN_TO_BE_REPLACED

Today was Family Day at the SWAT MAPS (Monitoring Avian Productivity and Survivorship) banding station with families from Michigan to local families who spent the first weekday of summer together! Of course the best part is that everyone here is a regular visitor to this website!!! {{{HIGH FIVE}}} It wasn’t until I was driving Young Naturalist J home that I realized that the whole “Mon@rch Nature Blog team” was together for the first time and I didn’t take a “team” picture together (big upset for the day)! But the whole team was in the group photo that I managed to get of all the families that visited in . . . . well minus one family who left early and a father who was the photographer.
END_OF_DOCUMENT_TOKEN_TO_BE_REPLACED

Me with the kids from last years program

For the past two days (Thursday and Friday) I have been busy helping the Allegany State Park recreation department with the Great Outdoors program for almost 350 kids from 5 different school districts.
END_OF_DOCUMENT_TOKEN_TO_BE_REPLACED

I was in Allenburg Bog today with Dragonfly Eye who was searching for a bog Dragonfly species that has never been observed in this bog before! Obviously we didn’t locate the “Boghaunter” but we did manage to find a few Darner species and a few damselfly species.
END_OF_DOCUMENT_TOKEN_TO_BE_REPLACED

Butterflies at the Birdathon

Most people think that birdathons are just for the birds! Well this year team T-bird also kept track of the butterflies that were flying while helping with the Jamestown Audubon fundraiser. We ended up with 15 species of butterflies and I had 2 first of the year butterflies. OK, I guess at this point I have become too much of a lister!!!
END_OF_DOCUMENT_TOKEN_TO_BE_REPLACED

Friday morning Young Naturalist J and I were invited to join the Black Swamp Bird Observatory’s “Navarre Marsh Migration Monitoring Banding Station” in Oak Harbor, Ohio. Last Sunday when we made the first plans to visit . . . . we never realized that this station was located on a National Wildlife Refuge and the hoops that we needed to go through to visit the banding station. I guess driving behind a Nuclear Power Plant to band birds requires some security issues to contend with. Without a doubt this adventure was well worth the hoopla because I ended up with 10 year birds (1 being a lifer) and Young Naturalist J ended up with 3 lifers on this trip!
END_OF_DOCUMENT_TOKEN_TO_BE_REPLACED

Frogs on the Road [Video]

Friday night while the Spotted Salamanders were moving, I also had an opportunity to photograph some frogs that were also crossing the road.
END_OF_DOCUMENT_TOKEN_TO_BE_REPLACED

American Robin about to feed on Staghorn Sumac

Staghorn Sumac (Rhus typhina) is a small tree with hairy twigs, hairy leave stalks and hairy fruit. The tree gets its name for the resemblance the branches have with deer’s antlers when the antlers are “in velvet”. The Peterson Field Guide to Medicinal Plants says “American Indians used berries in cough syrups. Berry tea used for lung ailments. Gargled for sore throats and worms. Leaf tea used for sore throats, tonsillitis. Root or bark tea astringent; used for bleeding”. But do note they remind us; “Do not confuse Staghorn Sumac with Poison Sumac”!!!
END_OF_DOCUMENT_TOKEN_TO_BE_REPLACED